Auschwitz-Birkenau: the unquiet of heritage tourism 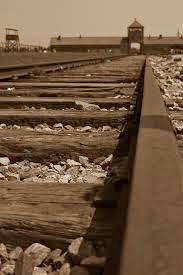 I wanted to go to Auschwitz from the moment I knew I was going to Krakow to meet up with some friends for a few days earlier this month.

My parents were both born and grew up in Leeds, just after the Second World War.  They had lots of Jewish friends and, obviously, the war was something much closer in time and memory to their lives.

Their connection to it and to people who had been affected by it drove their personal/political outlook, and in turn affected mine.  They believed that both fascism and the Holocaust needed to be spoken about and spoken against - passionately and regularly; they believed that we should all be on guard and active against such events happening again.

So it seemed entirely appropriate that, as my most wonderful friend (and WWII historian...) Rachel and I were in Poland together, close to Auschwitz-Birkenau, we should go.

On the other hand, there is something distinctly uncomfortable about the ‘desire’ to go to a site where atrocities have been committed.  We did not want to partake in any sort of ‘day trip’ that made a theme park out of crimes against humanity.

And to be fair, the State Museum of Auschwitz endeavours to cater against this.  Between the hours of 10 – 3pm you have to be part of a small(ish) tour-guided party but if you arrive between 8am and 10am (or after 3pm, until close) you are free to roam the place on your own.

Auschwitz-Birkenau is actually two camps – Auschwitz the original camp and Birkenau the significantly bigger overflow camp where millions of people were put to death in gas chambers – some after having worked in the camps, some barely hours after arriving into Birkenau on the transports. 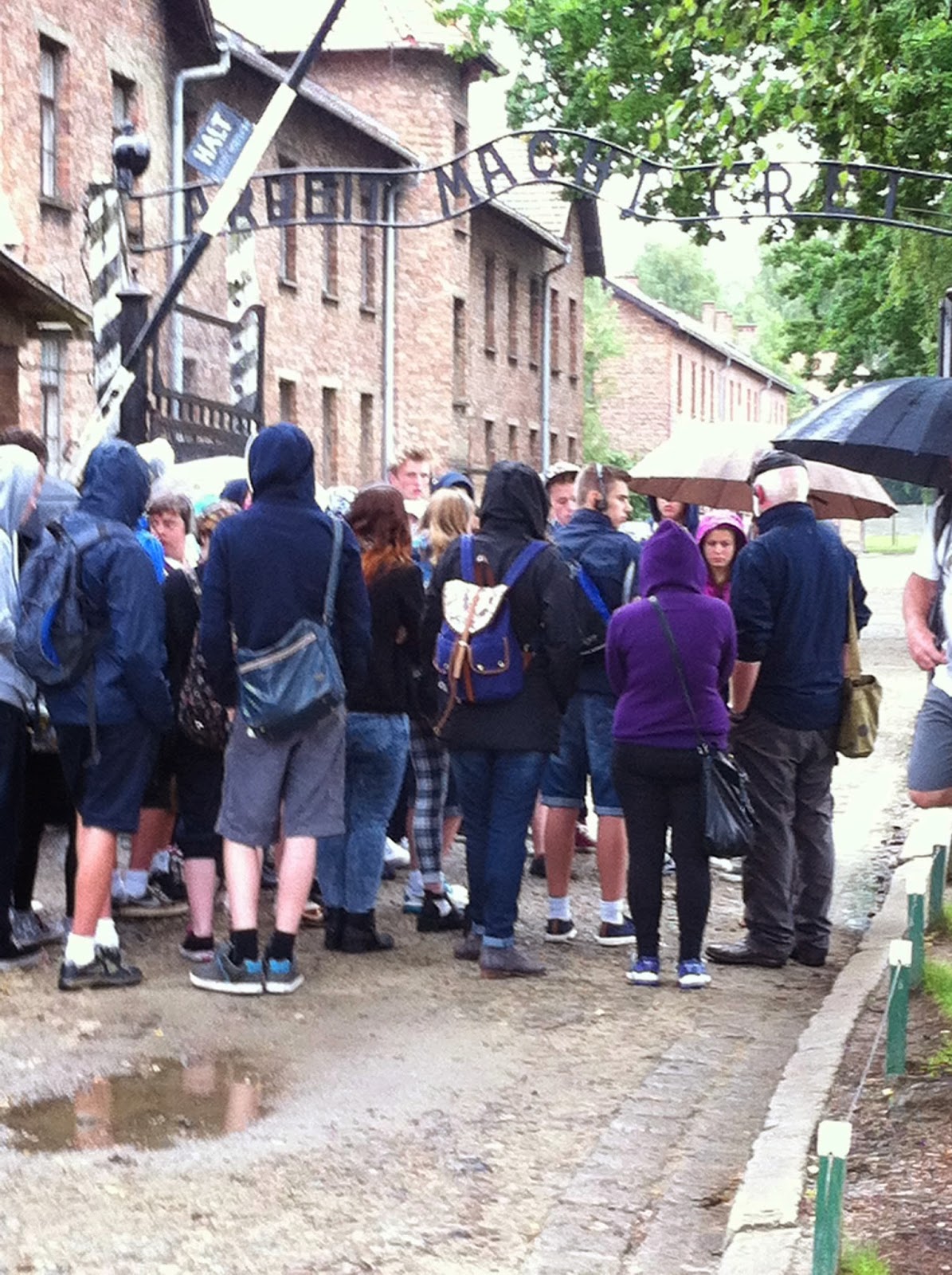 If you want to avoid the tourism crush you need to get to Auschwitz itself before 10am (we failed, partially because travelling with me should come with a health warning about the likelihood of getting lost.  The 10 – 15 minute walk to Auschwitz from the train station, according to all the best guidebooks, was, thanks to my special directions-based curse, closer to an hour.  And we arrived at Birkenau first…).

Auschwitz should be seen first because it is a museum. It is smaller, busier and has all the trappings of a tourist site (the shops, the cafés, kiosks, loos, the hoards of people and the coaches and car park outside).  Walking under the ‘Arbeit Macht Frei’ gates, with the mandatory tour party and headset, feels odd, and indeed familiar - doubtless because we have seen 'those gates' on television and in films so often.

Rachel and I found Auschwitz surreal and uncomfortable. It was loud, busy and cramped. But a part of that is because we had been to Birkenau first, which was altogether a different and much more contemplative, memorial, experience. 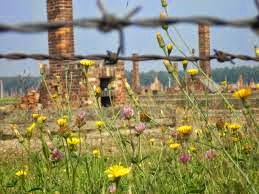 We spent three hours wandering around Birkenau.  It was vast, silent, apart from the frogs and the birdsong. More camp huts than we could count stretched out in all directions in the preserved areas of the camps; endless chimney stacks in the areas where the huts had long since been burned down. We walked up the length of each crematoria, stood at the entrances of the now burned out gas chambers, still and unquiet. Everywhere there were watchtowers and miles of barbed wire, utterly at odds with the pastoral landscape.

People I’ve spoken to say you should go there in winter to really feel the rawness of the experience. I say simply go there when you get the opportunity, if you want to.

The reality is that we are fed and free from fear, limitations that can only barely be mitigated by standing in the cold for a few hours, staring at broken bricks and information boards.

The mother of the family angrily cried out that she had lost five grandparents in Auschwitz and she had a right to be allowed in to honour them.  The younger son banged on the window of the information desk and demanded to see the supervisor. The harassed woman on the other side tried to reason with them, remaining adamant that they had to have a guide (though she was also frantically trying to sort them out a personal guide and, I suspect, would have waived any fee).

Rachel and I caught the bus back to Krakow just across the road from Auschwitz - thus avoiding any unnecessary but likely hour long walks back to the train station - and wondered how often altercations like the one we had just witnessed took place.

We felt bruised by our chaotic experience of the Auschwitz museum; overall the day had been exhausting, moving and compelling.  We returned to our hotel room, drank tea, read books, wrote and mused on the day and the history, trying to process the enormity of the Holocaust.

That was two weeks ago and I'm still processing I think.  WWII was not, ultimately, the war to end all wars.  The Auschwitz-Birkenau memorial, set up to ensure we never forgot and that we never allowed such horrors to be repeated, can seem like an exercise in idealism in a world where war and horror are part of our daily flow of news. None of the realities of now however undermine for me the importance of the act of remembering, of looking and of making ourselves look. The contortion of our minds to try to understand a past that is endless moving away from us, is, for me, a necessary exercise however challenging to assimilate.

Things to read to help with the 'processing'...
This way for the Gas, Ladies and Gentlemen by Tadeusz Borowski - unsentimental tales of life in Auschwitz-Birkenau (and a couple about the dizzyingness of life afterwards) by Borowski who survived Auschwitz and took his own life in 1951, not yet 30 years old.  Visceral, blunt, heart-breaking.

God's Playground: A history of Poland - Vol II by Norman Davies - Beautifully written. The second volume covers the modern period from a mostly unknown (in the UK at any rate) view point, creating a pivot upon which to turn any previously Anglophile understanding of modern history.

The Pianist by Wladyslaw Szpilman - Apparently there was a movie??  First few pages brilliantly map the journey from being a free person in a free city through the incomprehensible trauma of being under siege and then occupied.  We're so used to seeing how things look when 'war torn' on the news, I'm really interested in that moment of change just before and just afterwards...

Jewish Poland Revisited: Heritage Tourism in Unquiet Places by Erica T Lehrer - this is currently hanging out in my 'wish list' and likely to be the most money I've spent to date on a kindle book (just awaiting payday...).  I flicked through a copy in a bookshop in the old Jewish quarter in Krakow but was at that 'crikey I've spent a lot of money already' point in the trip and so, with great strength of will, put it back down.  I'm attracted by the title (which I've bastardised for the title of this piece) and subject matter because I think ultimately this is what I bore witness to and was a part of - heritage tourism and the unquiet it creates....
Posted by Ridley at 15:30 No comments: