On finding your path or being really frustrated reading The Alchemist

A two-part blog on figuring out your purpose and then getting on with it - despite your best efforts to sabotage yourself... 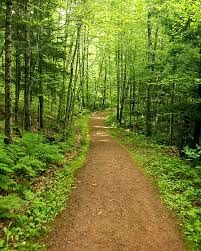 Years ago a really great friend of mine lent me The Alchemist by Paulo Coelho.  I really admired her and thought highly of her taste in books so I read it avidly.  It's a short book so it didn't take long to read. It was quickly evident to me that it was an allegorical tale but I stuck with it.  I expected there would be a great REVEAL at the end of the book, something that would help answer all the questions I had at that time about my purpose in life.

Let me just point out that if you haven't read it and don't want to know what happens at the end you should probably stop reading about here.  This is your penultimate paragraph SPOILER ALERT.

I'd just finished university. I'd completed a degree in English that I had entered full of optimism about becoming a journalist and a great writer. I'd been somewhat disheartened by the ruthlessness of media behaviour at the time and totally fallen in love with the process of studying so I'd emerged feeling quite confident that actually I was going to do a PhD in English Literature and become an academic.

Ma and Pa had other ideas.  They were supportive; "That's really great love", but had some practical reservations, "So how are you going to pay for it?" I blithely explained I could probably do some part-time teaching.  They pounced on this and before the day was out I had pretty much completed an application to take a PGCE in Secondary English.

The long and short of it is I signed up for a PGCE, got three weeks in, knew I hated it but was determined not to be beaten by it so stuck it out.  Once I qualified I did the only sensible thing any person in my situation would do, I ran away to the theatre, and there I met my friend, who, after some time, proffered me her copy of The Alchemist.

So, here we have a novella about a shepherd who dreams of treasure.  He ditches his calm and peaceful life with his sheep in order to go on a long and winding journey to find said treasure.  Only, when he gets to the place where the treasure is supposed to be he finds out that actually it is back home under the place where he originally fell asleep and dreamt about the treasure.  Urgh.  The irony.  Only Alanis Morisette enjoys that level of it.

I threw the book across the room when I first finished it to be honest. I was calmer when I returned it to my friend but I let her know I was disgruntled.  "Why does nobody ever write one of these kind of books about a real girl who works in a real office and doesn't know what to do with her life? Why does it always have to be allegorical."  I was moody and a bit petulant.

My friend was sympathetic and, knowing my own dream was to be a writer, suggested that was up to me to write that very book.  I nodded with a desperate sinking feeling that I couldn't do it and who the hell was I to sit around dreaming of being a writer, I should just get real and get on with the business of living, which consisted of earning enough money to pay the bills and generally getting over myself and my ridiculous writerly ideas.

Well, that was a few years ago.  I've journeyed to a few places since then - literally and metaphorically.  Wherever I've travelled the dream of writing comes with me, like some mangy stray dog, ever more insistent that I pay it attention to it, feed it, love it.  So although I came to Bristol just over two years ago with every intention of throwing myself more wholeheartedly and deeply into the theatre*, I found myself one bright September day in 2012 NOT rocking up to the first day at Bristol Old Vic theatre school but rather to UWE to start my MA training in Journalism.

And that is your first clue, in the non-allegorical, true-story, of figuring out what your purpose is in this world.  It's pretty unlikely to be something you haven't already thought about, even if you've denied the thought. It's more than likely going to be something the universe keeps tipping in your general direction.  It might be that the people you hang out with or date tend to be artists or creative types, or lawyers, doctors, wannabe actors - whatever your thing is or really damn close to it.  You probably spend your time supporting and helping them to be the thing you know THEY should be.  It might be that you find the shows you watch on TV always seem to have a character in it doing the thing that you once thought you'd really like to do but you never got round to it.  In all sorts of ways, the thing that is most essentially you will already be a part of your life, you're just probably too close and too resistant to quite go for it yet.

In my next blog I'll share with you my 'shepherd realising the treasure was back where he started' moment. Only in real life it's not a single moment, it's a series of moments....


*Amongst other things I was just emerging from an 'accidental' and unchosen corporate career that had made great parental sense but not fulfilled me.  Bouncing out of it I, of course, again ran away to the theatre....