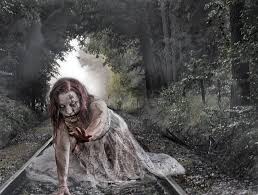 I kid you not. My fear of zombies is so great we’ve had to stop watching ‘The Walking Dead’ in our household.

I am that scared.

It’s not even especially because of what happens in the shows, though the ‘he’s behind you’ adrenaline buzz does tend to last a fair while after the credits roll.

It’s the really bad dreams I have.

In these dreams I am the only one in the house who has any comprehension of the danger we’re in.

The other people laugh and chat. They mosey, even.

I alone hear the moan of the approaching hoard.

One is in the house already. I hide and try not to breathe in the foul, sickly-sweet stench of its rotting flesh. It moves away and I relax and begin to move, a moment too soon. Spotted I run. Upstairs. It stumbleruns behind me, determined. I grab the ladder to the loft crying and am almost up when its hand, cold, reptilian-ridged, grips my ankle. Rigor mortis.

I wake up. But actually that’s little comfort. In the darkness I am confident there’s a zombie in the house.

And, it’s my fault the zombie is in the house, because I’m the one imagining it in the house.

You see the really big trouble is I have this childish belief that I can imagine Things into Being. Scary stuff.

I have normal fears too. You know the run of the mill ones. The ones where I’m confident that I’m going to let people I care about down; where I’m scared I’m not good enough or about to fail in a massive and tragically impactful way (maybe by not alerting you all to the zombie apocalypse in time….).

But, as Elizabeth Gilbert points out in her new book BigMagic, Fear is really really BORING.

Everyone has Fear and it has one job, which is to shout STOP STOP STOP really loud, until you realise the danger you’re in and, well, do as you’re bid and STOP whatever crazy, creative, or even just plain normal activity you are about to embark on.

"I can kind of spot that it’s Maureen from my internal Anxiety Department..."

The trouble is, when that Fear pops up, say at work, I can kind of spot that it’s Maureen from my internal Anxiety Department and that’s she’s dropped her Catastrophising Files all over my desk again.

And I know that Maureen is very lovely and works very hard but has absolutely no perspective whatsoever and that this isn’t really the calamity that she’s claiming it to be.

However I still have to clean up the mess that Maureen’s created. And that’s exasperating.

And because I’m a sensible and fully-functioning adult I have to excuse her and demonstrate to those around me that really ‘I get it, she’s just being silly and of course I know it’s all going to be all right really.’

But here’s what I’m starting to think the lovely Maureen does. Sick to the back of her neat white teeth (brushed for exactly the right amount of time each morning and evening) of always being ignored or told that’s she silly, Maureen bides her time.

"...she’s letting me use the Really Sharp Kitchen Knives without even a mutter of caution.."

At home, probably whilst I’m happily chopping vegetables and listening to the radio, Maureen is pacing the depths of my internal Anxiety Department. She’s abandoned the filing (in fact, given that she’s letting me use the Really Sharp Kitchen Knives without even a mutter of caution, it looks like the kid has gone off duty for the day to all intents and purposes).

But far from it. Maureen is in fact rooting out the most terrifying costume she can muster. Gone are the 1950s librarian glasses. Gone the neatly coiffured hair, tied back in a powder blue bow. Gone the beige silk blouse, pencil skirt and sensible shoes.

In the passing of a simple evening, Maureen has transformed herself into the most gruesome and believable zombie ever and is currently making her way towards the Dream Department.

So, it is in fact her grim determination I can feel gripping my ankle as I fail to ascend the loft in my dream. And here is the answer as to how I can have a raft of zombie dreams despite the absence of all scary TV input!

Now I’ve never done this before to be honest with you. Stood far enough, and playfully enough, back from fears to give them a personality, until today.

But back to Big Magic - Gilbert is very clear on the importance of seeing your fear as a real person. Moreover, she recommends having a full on conversation with your fear. Firm but fair is her approach. 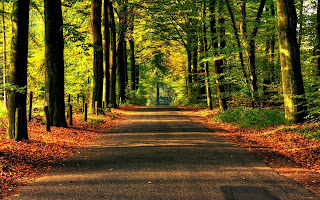 She says, absolutely invite Fear along on the road trip of life, but be clear that Fear must sit in the backseat, and she must not at any point take the steering wheel, set the direction of travel or even change radio stations.

Because your fear will always be there. She has a really important job to do – namely to ensure that you survive. That, in fact, you have survived this far along the evolutionary trail is thanks in part at least to your fear (thanks Maureen!).

Now, I don’t know if taking this personal approach to my fears will really help (though in fact I can already hear Maureen twittering away about the ridiculousness of it all which has to be a good sign).

I do know though that just telling myself my fears are ‘just silly’ and that I am silly for having them hasn’t previously been an effective way of managing them.

And besides, I’m almost looking forward to my next zombie dream when, Scooby-doo style, I can unmask my zombie attacker for who she really is and have Maureen say “Darn, and I’d've gotten away with it too, if it weren’t for you pesky kids!”